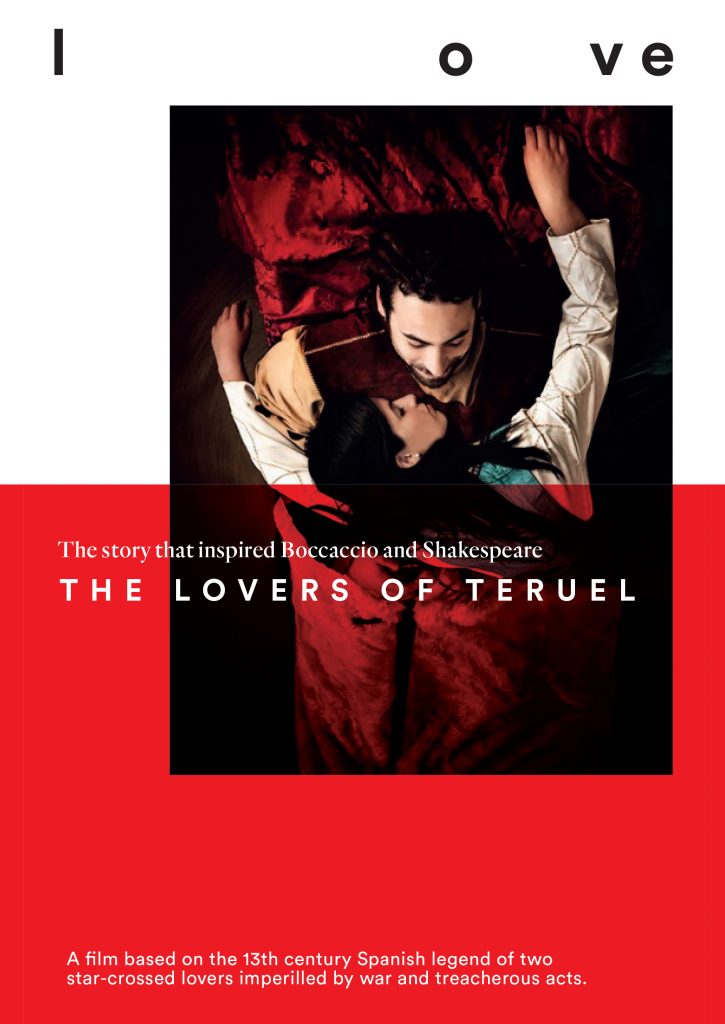 Our story begins over 17 years ago. While browsing through a travel magazine during a flight to New York City, Lori Needleman found a blurb about a Spanish festival that celebrates the tragic tale of two young lovers around Saint Valentine ́s Day. Upon her return to Los Angeles and while working for a film literary manager/producer, she began digging deep into the festival and found that it was based on the infamous Spanish legend, Los Amantes de Teruel, which many scholars believe was once the original inspiration for Shakespeare ́s Romeo and Juliet.

Finding very little, she decided to visit this medieval city where the lovers had once lived. On her first visit to Teruel, she developed strong relationships with two experts, Raquel Esteban Martin and Santiago Gascón Santos. They wrote the screenplay, The Lovers of Teruel, which is loosely based on the legend as well as the historical events that took place at the time.

1217 Films, SL. was launched in 2016. With over 25 years in the entertainment business, Lori Needleman began her career in the Packaging and Literary department at Creative Artists Agency in Los Angeles and went on to work for various literary agencies which sold projects to Warner Bros, 20th Century Fox and HBO. Raquel Esteban Martin is a well renown Spanish director of the popular festival las Bodas de Isabel de Segura, which is based on Los Amantes de Teruel, and Santiago Gascón is an award-winning novelist.

Co-Producer: julijette inc. is a film production company based in Winnipeg, Canada that has had remarkable success in the film and television industry. Stryker, The Divide, Perfect Sisters, and My Awkward Sexual Adventure have been high achievements for the company. julijette inc’s latest, Stegman is Dead, is currently in post-production.

In October 2016, GP Ediciones released the book, Amantes, The Legend of Teruel, which is based on the Lovers of Teruel screenplay written by Gascón, Esteban and Needleman. Our story has come alive, thanks to the brilliant illustrations of Juanfer Briones.

In February 2017, Teruel celebrates the 800th anniversary of the lovers with special events all year around.  Join us on this magical journey to find out the real meaning of true love.

With over 25 years in the entertainment business, Lori Needleman, Raquel Esteban Martin and Santiago Gascon Santos joined forces to produce the story which inspired what most believe is William Shakespeare´s Romeo and Juliet.

The question is: What is Love? Isabel and Diego, to young lovers, take us on a journey that will inspire and sadden those who read this authentic tale which originated in a small city called Teruel in central Spain.